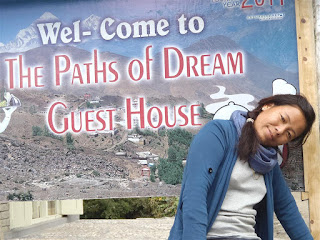 The Lodge is slowly finishing … With some unfinished things like its name in French for instance. 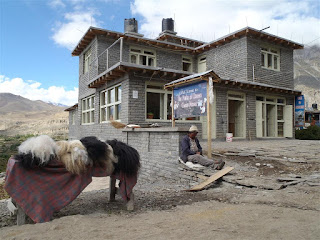 2 people: Tham and me
Weather is not fine, 80% of cloud coverage here and no view on any summit
Load is about 25 Kg per person

Long way up carrying everything. This could be the first Alpine style trial on YakHawa Kang South route. But the weather is not very nice. We stay at 4400m bivouacking in the sheperds staying place. 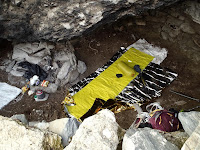 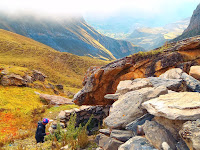 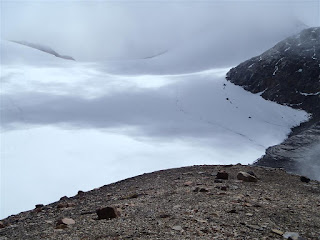 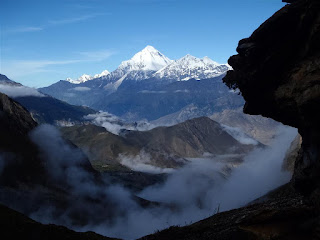 We were back at the camp at 12h50. We have been packing everything and returned to yakkharka reached at 16h00. Bivouac there. 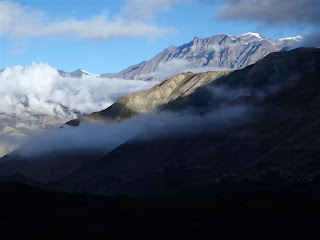 Cloudy weather. Some rain fall at Ranipauwa in afternoon.